PhD in History of Art and Digital Arts and Humanities

TITLE: Architectural paintings of the Oude Kerk in Delft from the perspective of art-historical research and innovative use of digital technologies.

This thesis explored art-historical thematic research collections with a focus on the theoretical background that originates in digital humanities and the practice that is interwoven into art-historical scholarship. The thesis’s practice-based component, the art-historical thematic research collection was created to investigate paintings of the interior of the Oude Kerk that belong to the genre of architectural paintings that flourished in the Dutch Republic around the middle of the seventeenth-century.

The thesis challenged the common hypothesis that the perspective, and what follows, the proportions and composition of the paintings, was distorted. The presence of distortions is undeniable, although, there is a lack of comprehensive and detailed examination of all the known paintings of the Oude Kerk in Delft. The common hypothesis is that the distortions were used in order to make the interior appear more spacious and monumental than it actually was. To a certain degree this was the case, however it is the combination of views that should be highlighted as a method, or result, rather than deliberate distortions. The views in most cases seem to be precisely constructed, rather than represented using distortions such as narrowing or expanding certain elements in space. One of the reasons for such construction of a view might have been purely visual and aesthetic value, which dictated moving certain elements around in order to get the ‘best view’. This also linked to Protestant iconography of the paintings and a desire to highlight particular elements regardless of perspectival accuracy.

The combination of traditional art-historical methodologies and digital technologies and tools produced an innovative study of the subject and addressed the lack of recent studies on the topic of architectural paintings of church interiors in seventeenth-century Dutch art. It is the first time such a large collection of paintings of only one church has been brought together and analysed. This was possible due to digital technologies, which allowed for application of new methodologies and revision of research findings to date. The use of two-dimensional analysis techniques, such as linear perspective studies, viewpoint and viewshed analyses, as well as the laser scanning technologies, allowed for a new approach to the research on the relationship between the painted interior and the actual space of the Oude Kerk in Delft, and its application in research on the genre in general. This study produced new research that significantly contributes to knowledge of the Dutch architectural paintings and acts as a starting point for further research of such a genre in Western Art and its iconographic and symbolic connections.

As an unprecedented working collection on the theme, it created a new digital research environment to use for further study of the Oude Kerk in Delft and paintings of other church interiors in the 17th century Dutch art.

Paintings representing the interior of the Oude Kerk (Old Church) in Delft.

Click on the arrows on the image to view previous/next image.

By clicking on the image you will be directed to the Flickr album.

A visualisation based on vantage points of the paintings of the church interior.

Click on a red arrow to view the corresponding painting.

The angle of the arrows do not represent the exact angle of the view, but only the approximate span and direction). 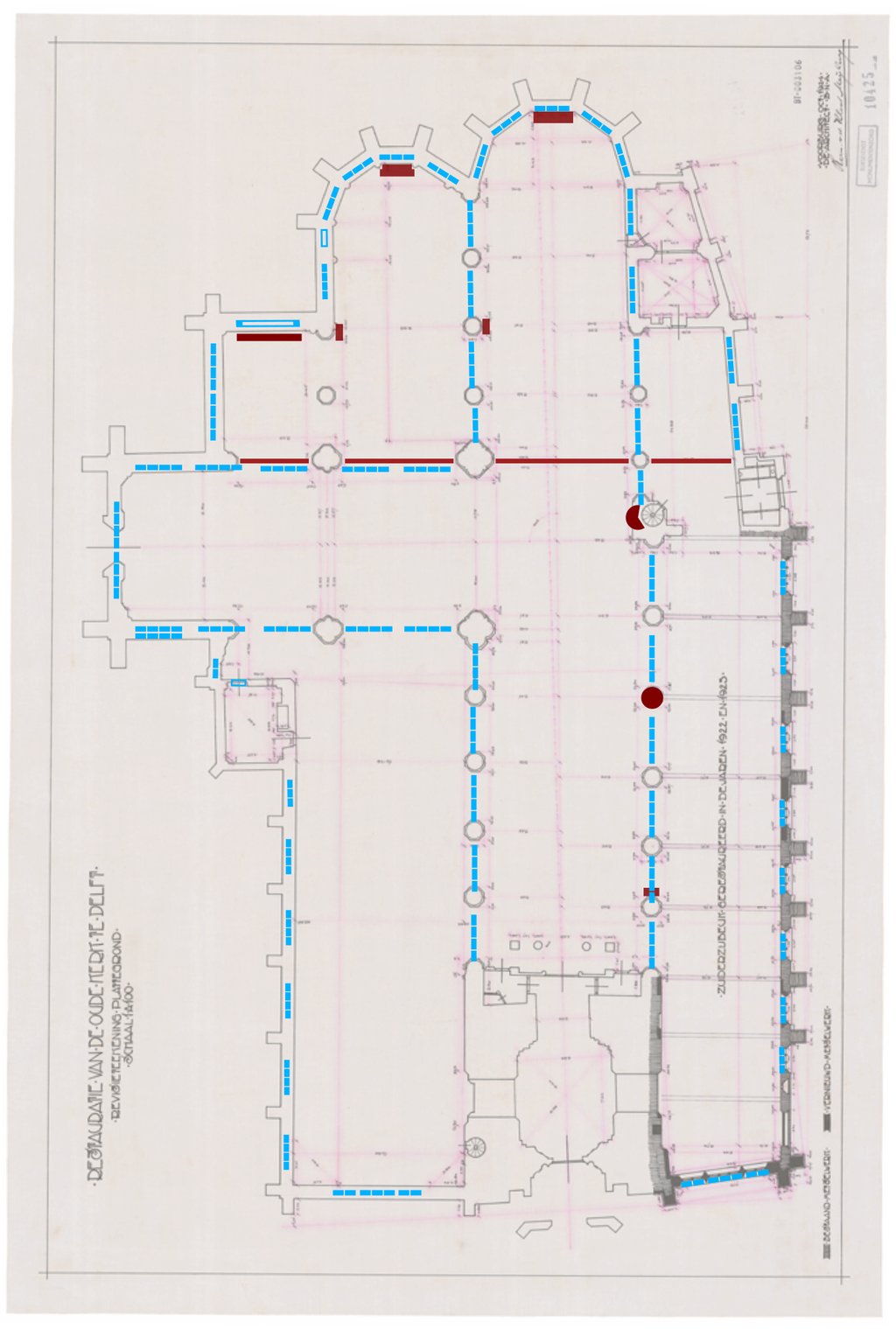 Oude Kerk (Old Church), Delft | A video compilation of a few paintings of the same view of the church towards the Pulpit, although each being distorted to some extend.

MA in History of Art and Architecture

TITLE: Calvinist iconography in Dutch art: The Second Commandment as a key to the iconoclasm and idolatry issues.

The purpose of this study is to present direct links between the Second Commandment and Calvinist iconography, which both deal with the idolatry in their minor or major aspects. The iconoclasm was placed here as an adhesive factor appearing in two main contexts. Firstly, as destructive force, which emerged as a result of the interpretation of the Second Commandment. Secondly, as an instructive force, which emerged as a need for particularly Calvinist iconography.

Calvin’s writings were the most significant primary sources for this research as they were the fundaments of Calvinism and its view on idolatry issues. They were also a theoretical base of the iconoclasts in the Netherlands and had a huge influence on Reformed art. The other primary sources included accounts of contemporaries, which as much as the prints from that time, give a general view on the beeldenstorm.

As the study on iconography, this dissertation is heavily illustrated in order to visually support the main content of the written sources. Examining all the visual material included in this dissertation, supported by Calvinist theoretical foundations, emerged a statement that the Second Commandment had a large impact on the Calvinist iconography. Within this iconography, particularly two main subject are discussed by the author. The first one presents the artists who obeyed the Second Commandment and, by an alternation or a replacement of the inappropriate image, created strictly Calvinist works of art. The second subject relates to the Word as a crucial feature of the Calvin’s thought, which became an exceptional motif in Calvinist art. Thus, the text paintings are interpreted in this study as a far result of the iconoclam and a perfect solution for the artists decorating the churches in order to their lack of the idolatrous content.

The significant starting date in this study is the year 1566, when the beeldenstorm took place. The closing date is much more difficult to define, as Calvinist iconography is more or less present in Dutch art up to this day, but the main cases of this study do not go further than the late seventeenth century. During this time, the Second Commandment and all its aspects had influenced the art by establishing specific, anti-idolatrous iconography in Dutch art.

BA in History of Art

TITLE: Calvinistic Art in Netherlands – theoretical model and its implementations.